The first day of the ICMA World Conference 2019 has been full of entertainment, culture, ceremony, and fellowship among Christian maritime welfare workers.  Attendees have already seen in today’s activities the importance of our unity in service to seafarers, fishers, and their families; the diversity of people that God has called together for this ministry; and the impact that the ICMA network has had over its first 50 years.  The day’s events included the opening ceremonies, addresses on the value of ecumenism, the launch of a book on the history of ICMA, the announcement of new ICMA programs, corporate worship, and throughout the day time for conversation with friends old and new, all in the warmth of the Ambassador Hotel’s hospitality and Taiwanese cuisine.

The conference’s proceedings kicked off at 9:30 sharp this morning.  Lead organizers Elder Daniel Lin of the Presbyterian Church of Taiwan’s Seamen’s and Fishers’ Service Center (PCTSFSC) and ICMA General Secretary Jason Zuidema welcomed the attendees, announced each speaker, and led opening prayers in English and Mandarin, and each speaker’s address was given in both languages with the help of personal translation devices.  Elder Lin and the rest of the local hosting committee at the PCTSFSC have done an excellent job of organizing and running this conference, and could be seen Sunday and Monday morning at the registration desk, smiling and handing out ICMA backpacks with gifts to each attendee.

The first opening speaker was Rev. David Chen, Moderator of the Presbyterian Church in Taiwan.  He expressed his gratitude that the conference was being held in Kaohsiung, finding it a powerful acknowledgement of the PCT’s long work of service to seafarers and fishers.  Next was Rev. Canon Andrew Wright, Secretary General of the Mission to Seafarers and Chair of ICMA, who expressed his deep thanks to the conference’s many sponsors and local partners.  Deputy Mayor of Kaohsiung Shu-Chuan Lee shared how his background as the son of a fisherman helped him appreciate the importance of fishers’ ministry, and the Bishop of the Diocese of Kaohsiung, Archbishop Peter Lau Cheng-Chung, spoke about how excellent an opportunity this conference was to further demonstrate that importance.

To top off this already impressive guest list, the opening speeches were concluded with two more speakers: Mr. Chen Chien-jen, Vice President of the Republic of China (Taiwan), and, via a pre-recorded message organized by the Dicastery for Integral Human Development, Pope Francis himself.  Francis encouraged those present to persevere in serving seafarers and fishers in the spirit of ecumenism, and quoted John Paul II’s letter, Stella Maris’, invocation to “provide seafarers abundantly with whatever is required to live holy lives.” In a particularly touching moment, Francis reminded us that he is praying for us and wants us in return to pray for him.  Vice President Chen thanked God for giving His grace and blessing this gathering of those who cared for seafarers and reaffirmed the Government of Taiwan’s dedication to supporting fishers and seafarers all over the world, quoting Pope Francis’ reminder that to be indifferent to suffering is as bad as causing it. At the end of his address, a smiling Vice President Chen shook hands with Andrew Wright and was presented with the first copy of A History of ICMA by Very Rev Dr. Paul Mooney.

The opening ceremonies included some lighter events as well: the assembly was greeted by a choir of Taiwan’s indigenous Paiwan people, dressed in traditional floral garb and jingling bells, singing a rich and mysterious-sounding 1,000 year-old love song accompanied by flute.  Later on they performed another song, this time a modern hymn accompanied by piano and four-part harmony. Both songs were well-received by the attendees, who valued the culture and musical skill displayed. Ace videographer Noah Leon of NAMMA played a ‘Welcome to Kaohsiung’ video, interspersing footage from the streets and port of Kaohsiung with footage of conference attendees registering and greeting each other.  Many of us were pleasantly surprised to see ourselves on the big screen in a professional video, not least because the footage was only taken yesterday afternoon! Finally Jason Zuidema demonstrated the diversity of ICMA by asking the attendees from each region to stand up – in total the conferences’ attendees number over 250, from more than 40 different countries.

Meditations on Ecumenism, History, and Plans for the Future

After the opening ceremony, Rev. Daniel Wu, Chairman of the PCTSFSC, spoke about his organization’s work – in the past few decades the labour force of the Taiwanese fishery has shifted from Taiwanese to migrant workers, and the PCTSFSC provides care and counseling to these migrant workers, many of whom are left on their own and face challenges beyond their control.  Rev. Canon Andrew Wright spoke about the importance of ecumenism as obedience to Christ’s command that we be one, celebrating ICMA’s accomplishments as a world leader in ecumenism in the last 50 years while warning against the danger of complacency. Rev. Christoph Ernst, Secretary General of the Deutsche Seemannsmission and a veteran of the Office of Ecumenism of the Evangelische Kirche in Deutschland, compared the value of ecumenism to his experiences being closed off from much of the world before being suddenly immersed in it after the fall of the Berlin Wall.  He argued that ecumenism should not be understood as mere tolerance in spite of differences, but be based in shared experience – as he said, “we are connected by the same convictions and values, the same Bible, and by sharing a congregation – seafarers of all faiths all over the world.”

The Very Rev. Paul Mooney and Jason Zuidema presented on Mooney’s new book, A History of ICMA, and Jason’s experience reading the original letters of ICMA members in the archives of the World Council of Churches.  The first of its kind, the book covers in detail ICMA’s gatherings, leadership, and activities from its foundation up to the present day.  At the launch a free copy was given to every attendee. Jason also announced several new developments in ICMA’s programming – an updated mission and vision statement, partnership with NAMMA to release materials on NAMMA’s publication, the MARE Report, and online learning platform, MARETraining.  He reasserted ICMA’s commitment to supporting its members, reminding attendees that he is available for consultation for planning regional meetings and training for regions that don’t have them yet and MARETraining’s willingness to shoulder the cost of hosting custom-made online courses for individual seafarers’ welfare organizations.  Another excellent bit of news on that topic was Paul Langham of the Sailor’s Society’s announcement that the Ship Visitor App will now being free in the coming year to all members starting January 1, 2020 thanks to the support of the ITF Seafarers’ Trust.

What it’s all about – Fellowship Together

The day’s official programming ended with worship at Chien Chin Presbyterian Church a few blocks down the road.  The service demonstrated the unity of seafarers’ and fishers’ ministries all over the world with all ICMA members joining in the singing of familiar hymns, and the unique offerings of the churches of Taiwan, including a few hymns sung by the Taiwan Lau-Tiam Glee Club.  A special highlight was the intercessory prayer, delivered in 12 languages ranging from Danish to Maori.

These opportunities to worship together and get to know each other better informally is the essence of what this conference, and indeed the entire history of ICMA, is all about.  When those who serve seafarers and fishers sit, eat, and talk together and bond over our shared commitment to serving seafarers and fishers, we already begin to improve in our ministries.  We meet new colleagues to help and be helped by, we see ministry to seafarers and fishers in new perspectives, and we learn more about the power of our God to bring people together in love and service.  In Jason Zuidema’s words, “At this conference I really hope we learn something, but what will really make it a success is if people are brought together.” 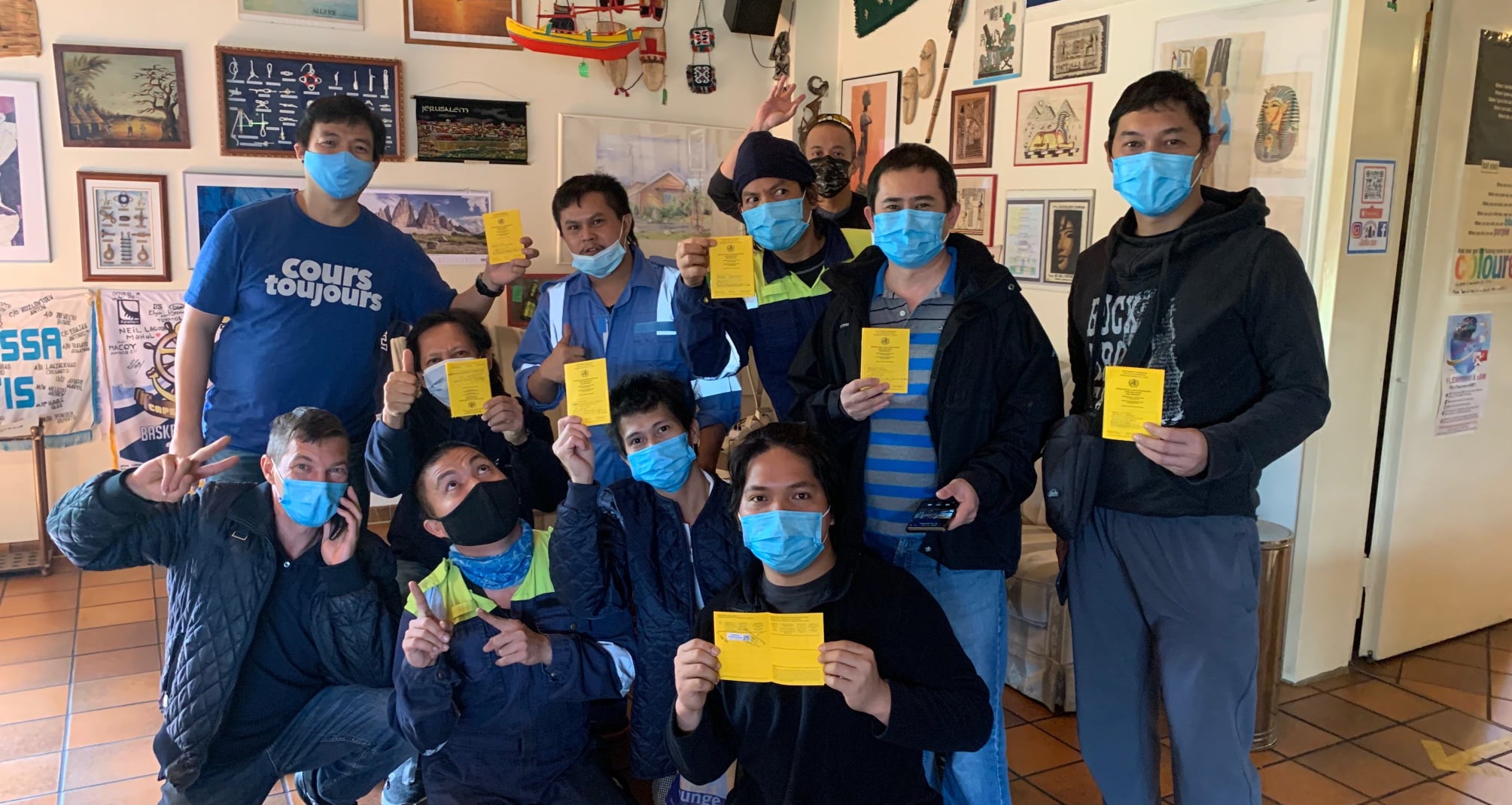 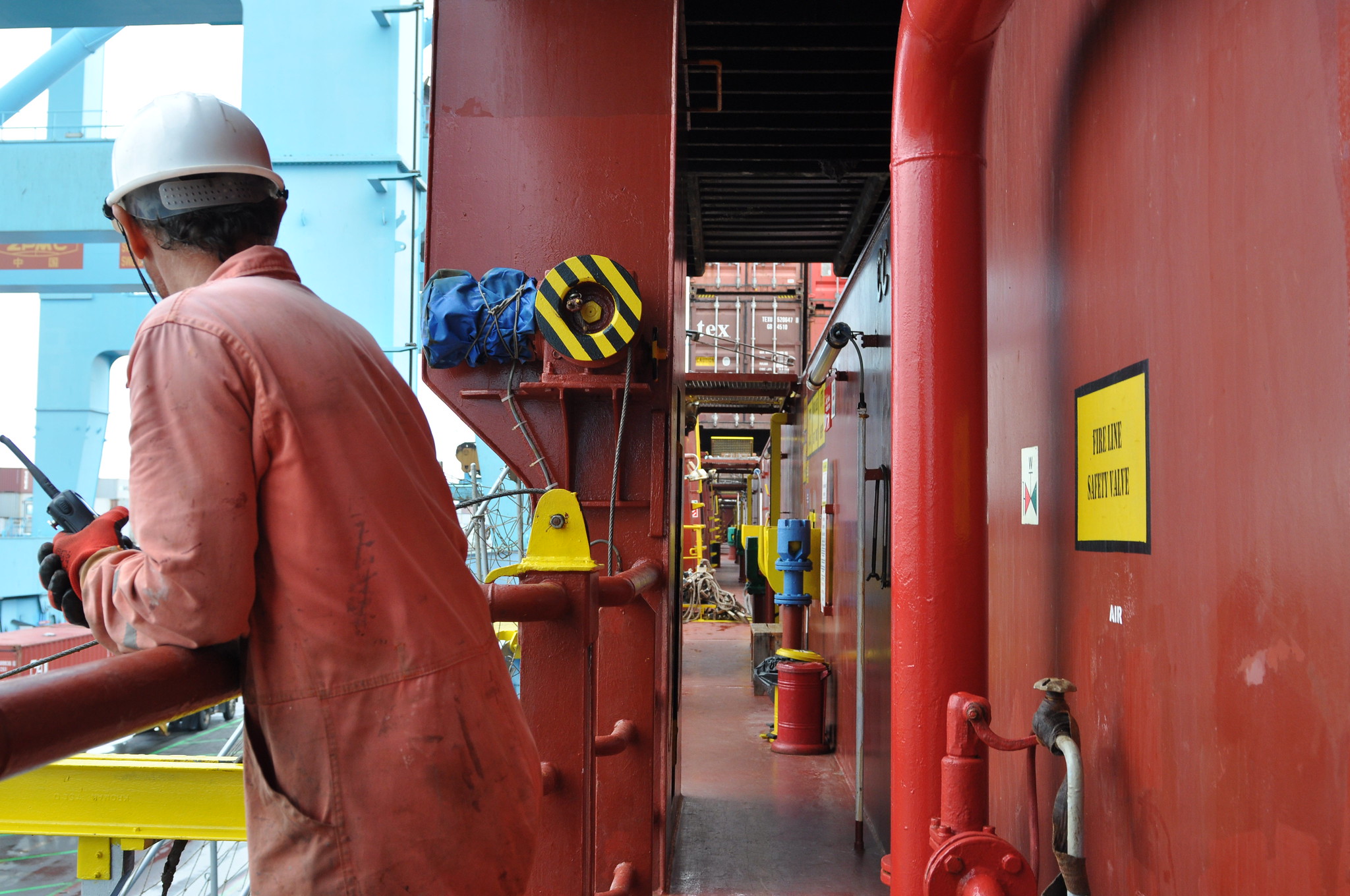