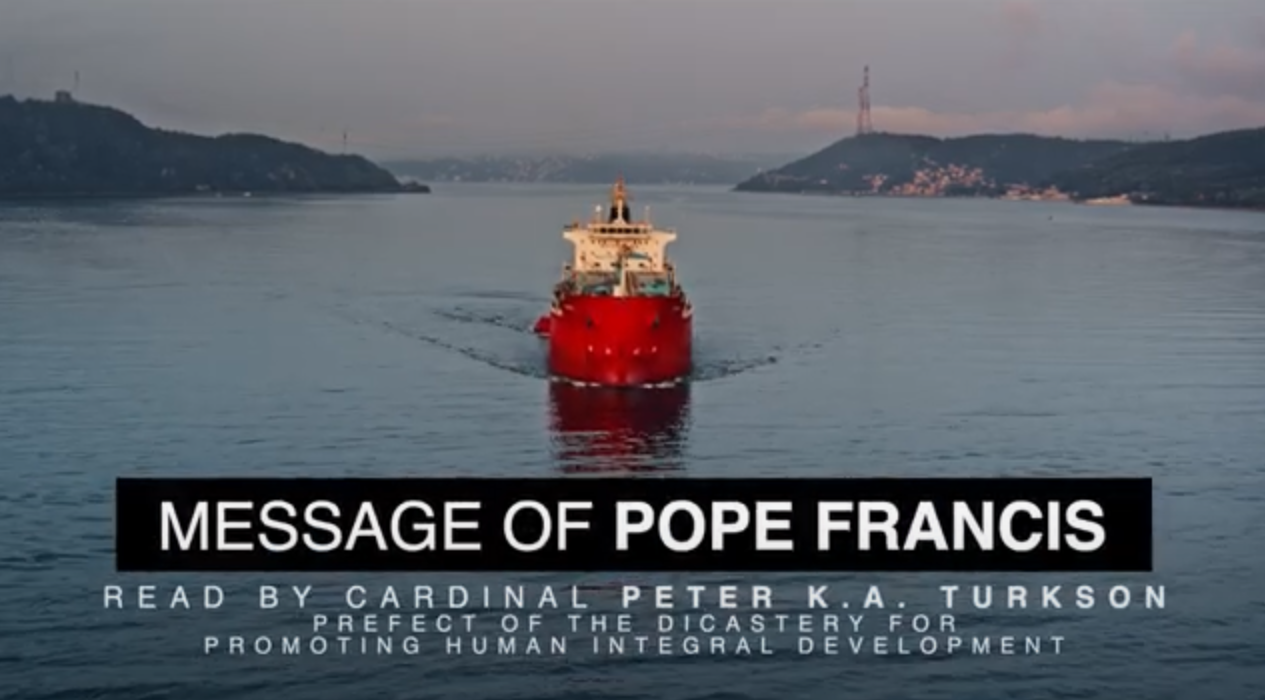 On June 21-22 the International Christian Maritime Association (ICMA) partnered with CrewConnect Europe for an international conference online to discuss the welfare of seafarers. More than 800 registrants from countries around the world took part in the event.

ICMA is the ecumenical association of seafarers’ welfare missions from around the world of which Stella Maris was a founding member in 1969.

Pope Francis provided written greetings for those gathered. His welcome and prayer were read at the opening of the Conference on June 21 to participants by Cardinal Peter K.A. Turkson, Prefect of the Dicastery for Promoting Integral Human Development.

This message of encouragement from Pope Francis follows that in October 2019 at the ICMA World Conference before the pandemic, but also the general messages of support for seafarers during the pandemic on June 17, 2020 and December 20, 2020.

In these new greetings, Pope Francis shared that “Amid the current pandemic, maritime workers have continued to transport essential goods,” but that” the pandemic’s effects on the maritime industry have made all the more evident the need for a workplace marked by care for our common home and, above all, respect for the dignity of seafarers.”

The Holy Father continued his letter by saying it is his “hope that, in the aftermath of the current health crisis, the Conference will address the pressing need for those at sea to return home to their loved ones and those at home to resume their livelihood at sea.” His prayer is that “in the months ahead chaplains will increasingly be able to provide pastoral care to all involved in the maritime industry.”

Pope Francis’ encouragement was well-received by the guests through Cardinal Turkson, as the Dicastery for Promoting Integral Human Development is that in which Stella Maris, the Catholic network for fishers and seafarers finds its place.

The voice of Stella Maris was important in the meeting. During the conference, Fr. Bruno Ciceri, the international director of Stella Maris, presented results of a new survey that listened to the needs of seafarers during the pandemic. This new survey follows up on one given a year ago, and sees whether there are new challenges that seafarers’ welfare missions might be able to help seafarers overcome. Fr. Bruno noted that when seafarers go without a new contract, being stuck at home, it is not only their personal livelihood that is impacted, but also often the source of support for an extended family. We must consider help therefore not only for crew working over-contract onboard, but also those at home who have no source of income.

The two-day conference brought important figures from the maritime industry into dialogue with the ecumenical partners that make up the ICMA. These included representatives of Stella Maris international, but also a number of North American voices that are members of the North American Maritime Ministry Association (NAMMA).

For more information on the conference: https://informaconnect.com/crewconnect-europe-conference/icma-connect/ 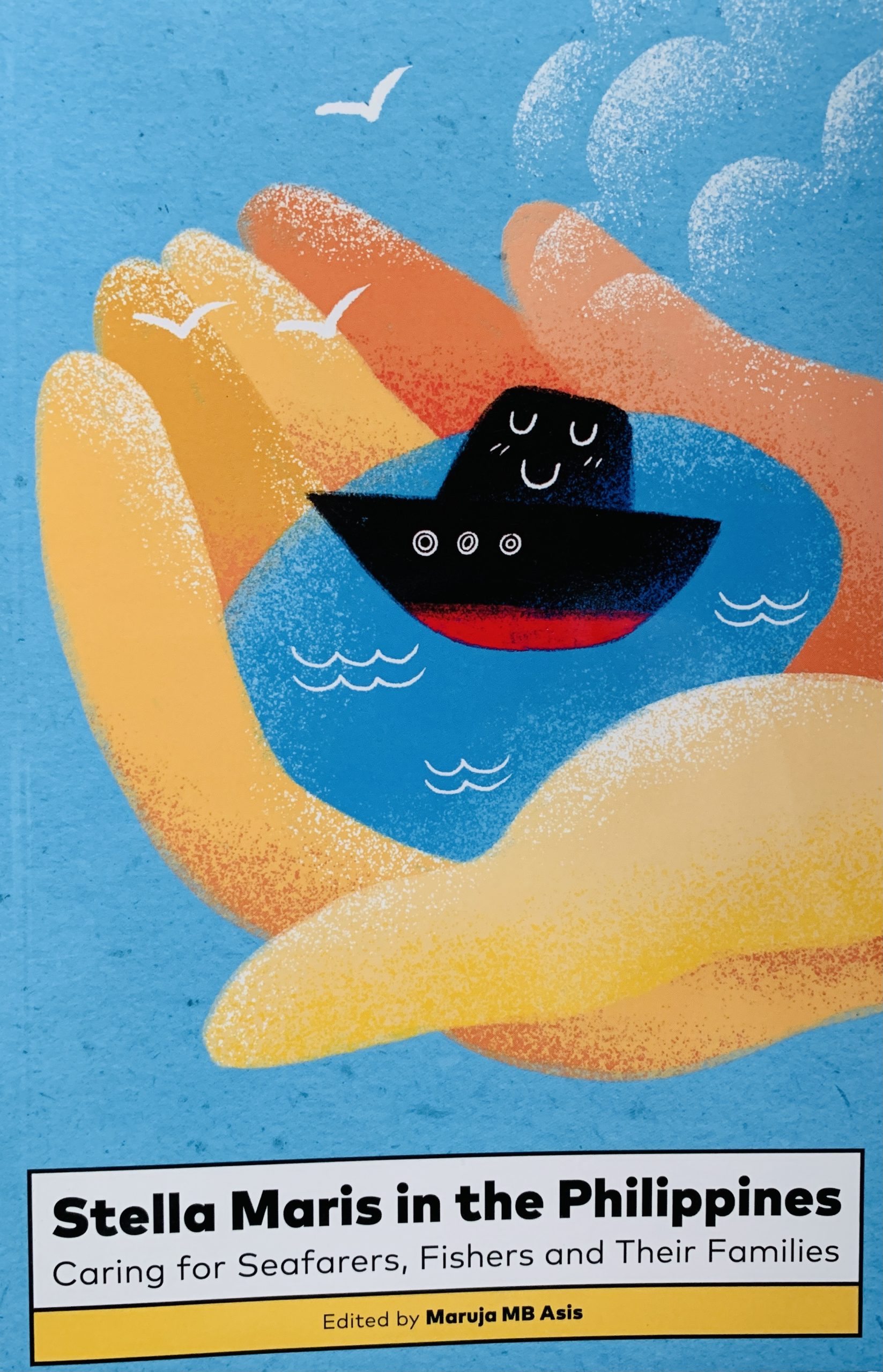 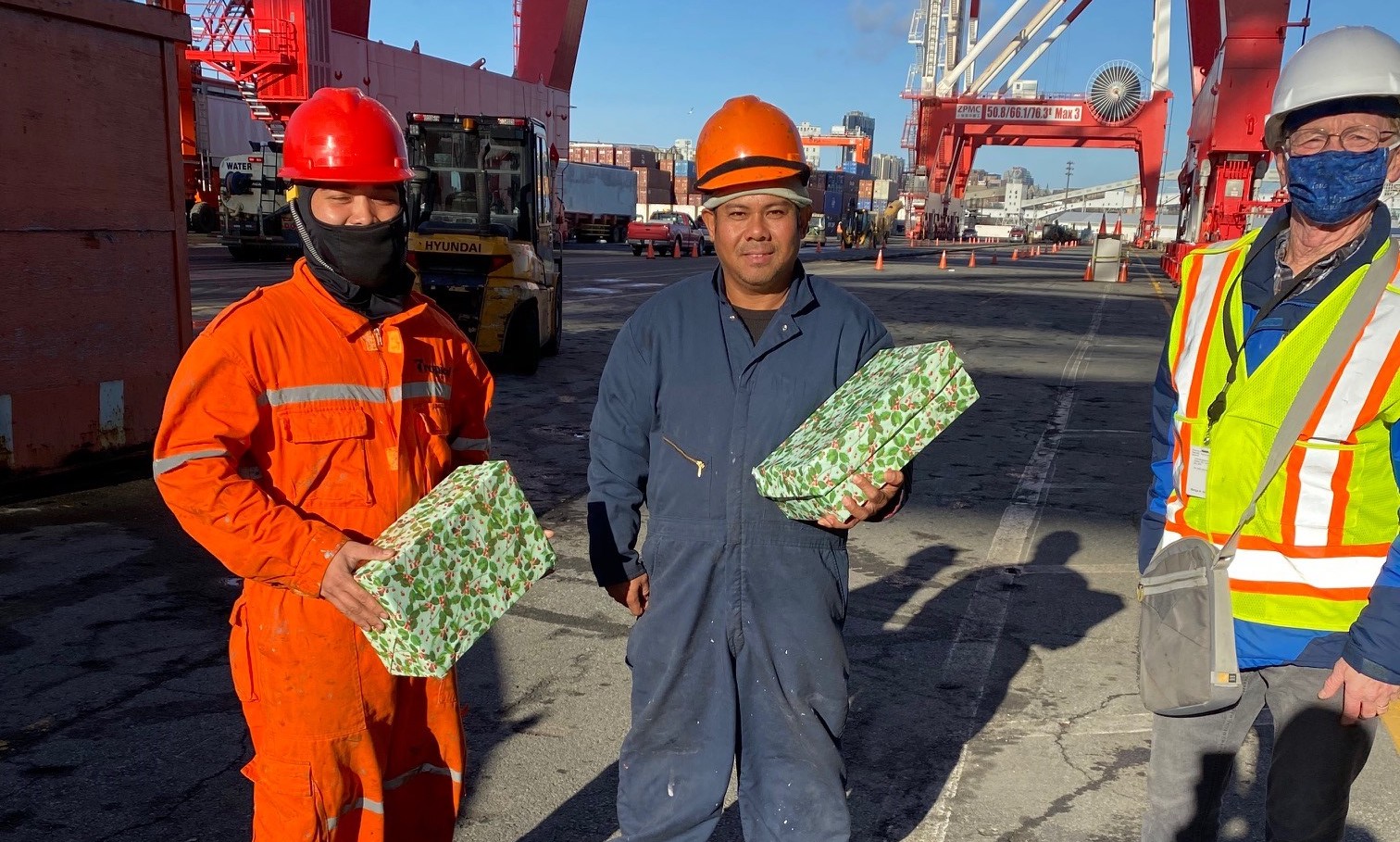