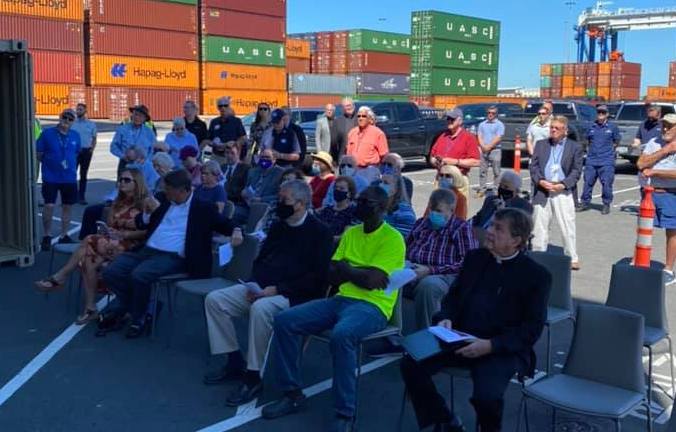 “The Father Arthur Lenwood Williams, Jr. Center is hereby named on the 23rd day of September 2021.” With those words, the Charleston Port and Seafarers’ Society (ChaPSS) officially opened its newest dockside seafarers’ center at the Hugh Leatherman Terminal in Charleston, SC, dedicating it in honor of the society’s Chaplain Emeritus, Fr. Len Williams.

Fr. Len became the ChaPSS Chaplain in 2001, and served the seafarers who called in Charleston for 17 years, retiring in 2018. Since then, Fr. Len has continued to serve as a volunteer, bringing God’s love to all he meets in the port.

Like the other three ChaPSS dockside centers, the new center is easily accessible to crew members who are able to walk from their vessels to the center. There they have access to free WiFi and computer use, free transportation to local shopping areas and other sites, and a chance to enjoy a little time of rest and relaxation off of their vessels. ChaPSS is grateful to the continuing generous support of the South Carolina State Ports Authority for providing the space for the center in the Vessel Operations building on the pier.

The ceremony began with welcoming remarks from Gary Santos, Vice President of the ChAPSS Board of Directors, and Clark Cromwell, ChaPSS Administrator. Fr. Jeff Wallace ChaPSS Chaplain, then offered an opening prayer and read Luke’s Parable of the Good Samaritan. Fr. Jeff commented on how seafarers’ ministry was a great example of Jesus’ words to treat everyone as our neighbor, with mercy and love.

Mr. Jim Newsome, President and CEO of the South Carolina State Ports Authority, expressed his thanks to Fr. Len and all involved in the ministry in the Port of Charleston. He noted the critical job that seafarers and port workers do for the benefit of all of the citizens of South Carolina, and expressed his gratitude that ChaPSS staff and volunteers were there to support the men and women who work in the port.

Deacon Paul Rosenblum, Stella Maris Port Minister for the Roman Catholic Diocese of Charleston and member of the ChaPSS Board of Directors, read the official dedication and naming statement. Following this, Bishop William Skilton, Retired Suffragan Bishop of the Anglican Diocese of South Carolina, anointed Fr. Len, and Fr. Chris Huff, Pastor of St. George’s Episcopal Church, led the crowd with the laying on of hands and blessing of Fr. Len.

In his address at the dedication, Fr. Len told the crowd of his family, friends, and colleagues from the ministry, church, and maritime industry how blessed and thankful he felt for the opportunity to serve as the ChaPSS Chaplain. He remarked that when he was first approached to become the ChaPSS Chaplain he was a bit hesitant, as he knew nothing about chaplaincy in general or seafarers’ ministry in particular. But looking back on his time of service he now views it as the most rewarding activity that he has ever been involved in during his tenure as an Episcopal priest. All those who have had the privilege to work with Fr. Len would agree that knowing and working with him is one of the most rewarding experiences they have had. He has served as a mentor, role model, and friend to the volunteers and staff of ChaPSS, and we are all grateful for his many years of service.

Rev. Curtis Pinckney, longshoreman and Chaplain to the International Longshoreman’s Association in the Port of Charleston, closed the ceremony with a final prayer and blessing for Fr. Len and for all those attending and all those working in the port.

Fr. Len is a long-time member of NAMMA and received a NAMMA Distinguished Service Award in 2019. NAMMA adds its congratulations on the occasion of his being honored by ChaPSS by the naming their new seafarers’ center for him. 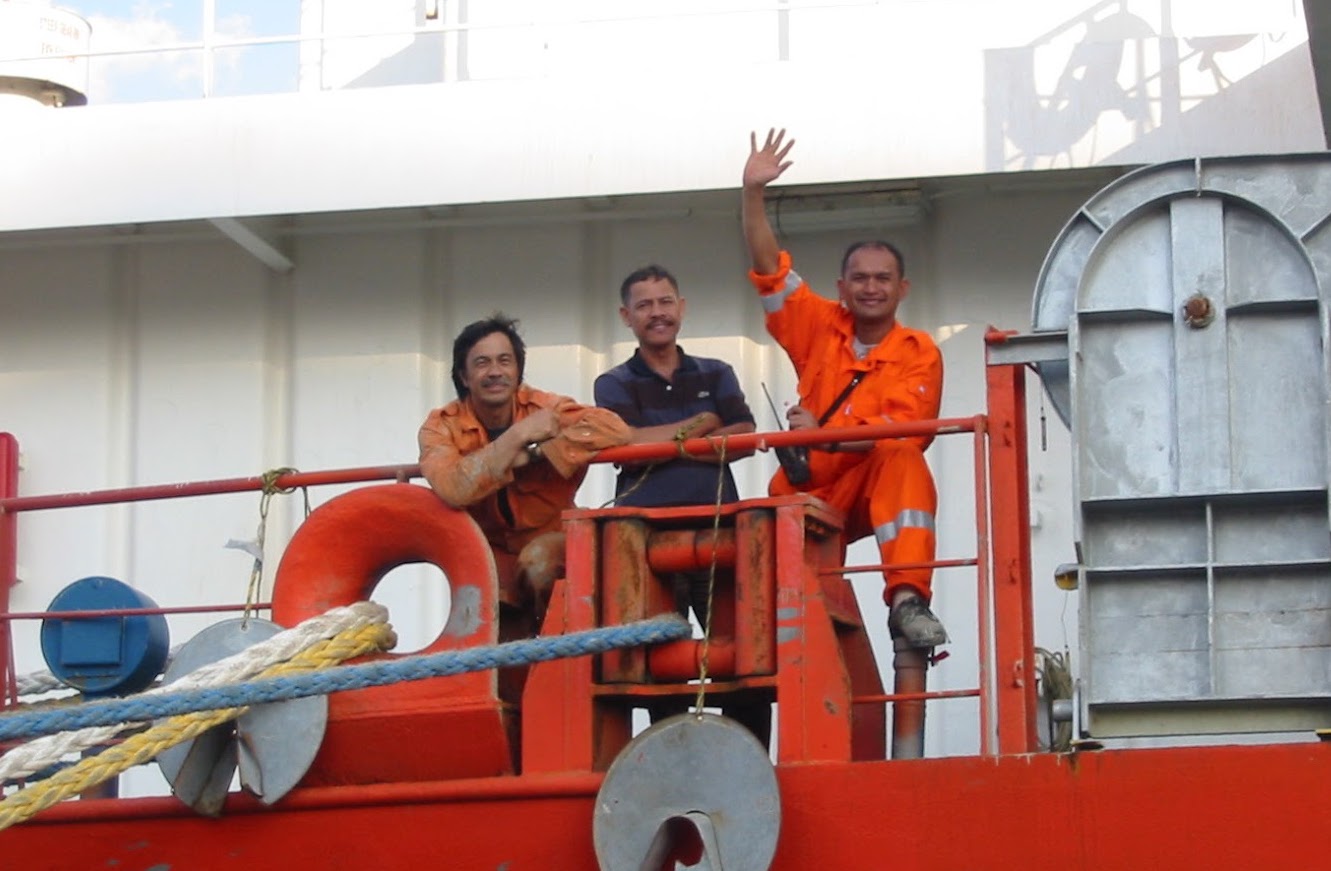 Connect/Disconnect – The Art of Visiting Ships 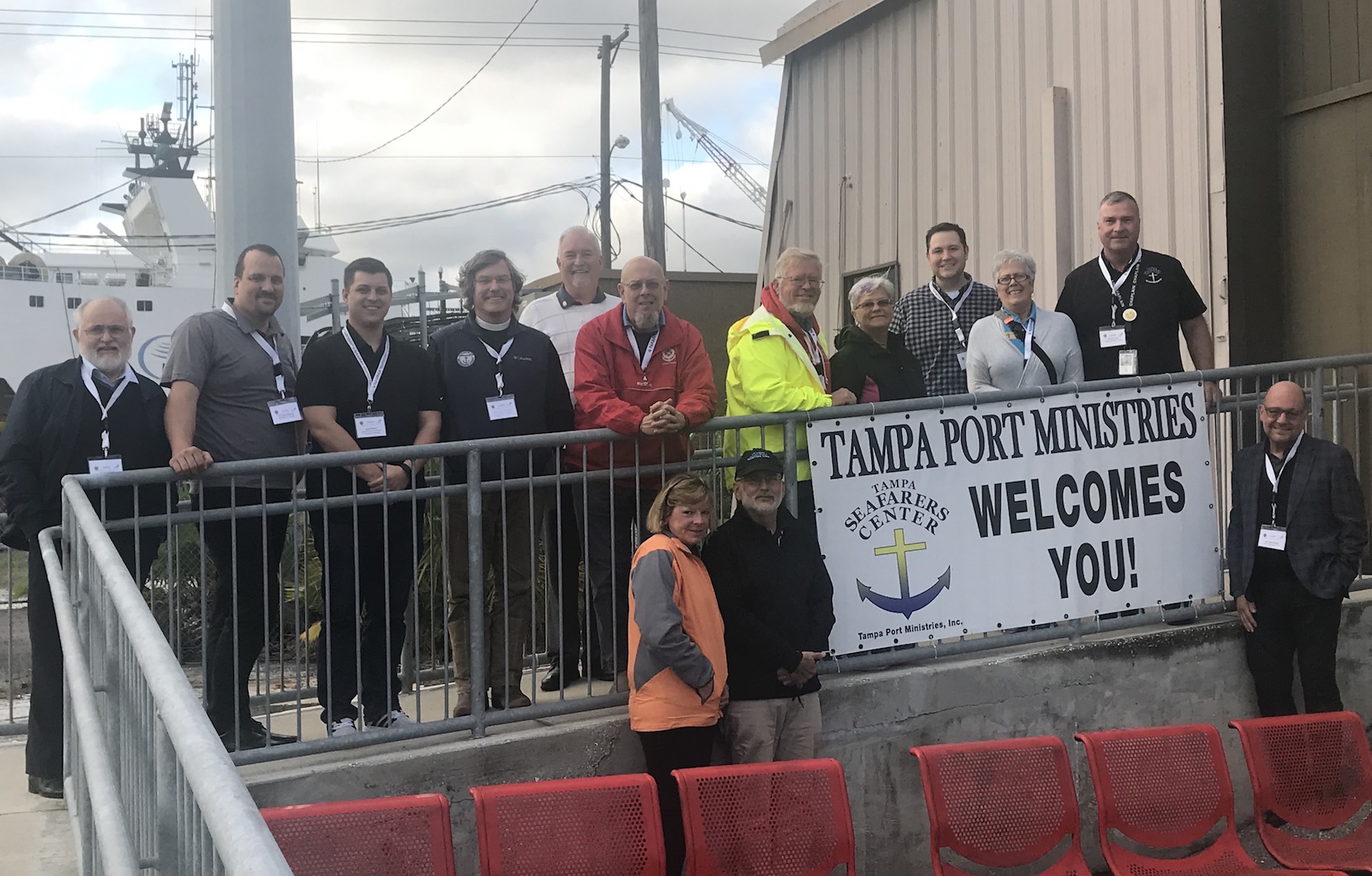