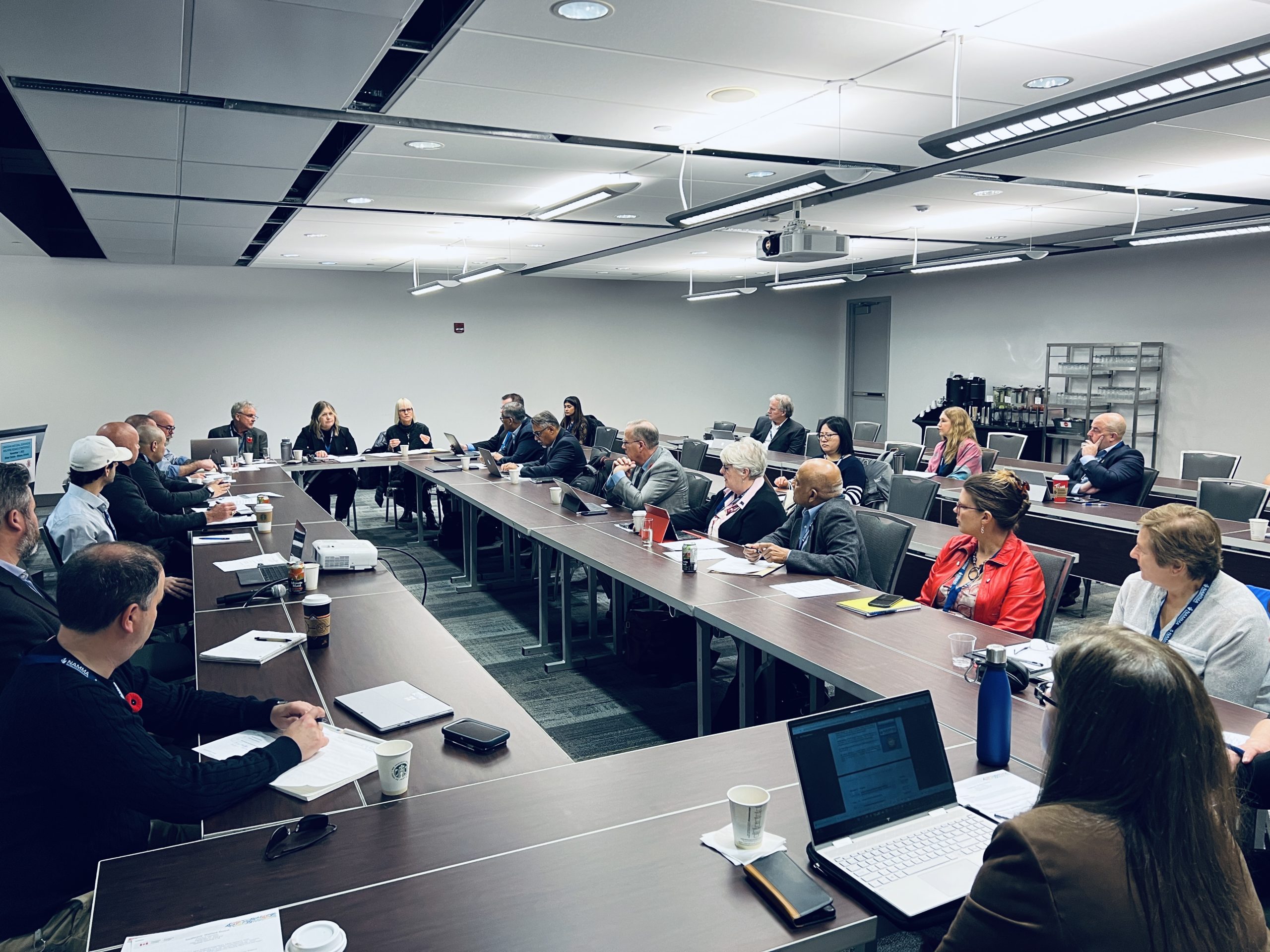 On November 7, the Canadian Seafarers’ Welfare Board (CSWB) convened in Ottawa ahead of the meeting of the Canadian Marine Advisory Council (CMAC) for its first in-person board meeting, a conference and the first meeting the following day of the Standing Working Group on Seafarers Welfare within the CMAC program.  These events elevated the profile and presence of seafarers welfare with Transport Canada and stakeholders.

This was the Canadian NSWB’s first in-person meeting, and those present took the opportunity to celebrate its achievements in COVID-19, review the state of seafarers’ welfare in Canada, and set future goals.  The next day, during CMAC itself, the CNSWB held its first meeting of the Standing Working Group on Seafarers Welfare, which was open to all and sought to elevate the profile of seafarers welfare with the industry.

The chair, Debbie Murray (Association of Canadian Port Authorities), and vice chairs Peter Lahay (ITF Canada) and Zuidema all gave opening remarks. For Murray, having chaired all previous meetings virtually, noted that “having the in-person meeting we never had to kick off the board at its inception” was exciting and “seeing all of these familiar faces at the table, with all of their collective energy, ideas and commitment, really galvanized the committee and its purpose.”

In her opening remarks, Murray reminded the group that the board itself was formed almost 2 years after its formation on November 13, 2020 and that “this forum is the only and first of its kind to represent marine labour, missions and industry directly with government. As such, the Board stands as a remarkable example of how we can all work together, which we have done over some very tight timelines on some very complex multi-jurisdictional issues involving individual choice, public health and supply chains.”

Speaking from his experience with ICMA, Zuidema noted how surreal it was finally meeting in Canada: “I’ve been to seafarers’ welfare boards all over the world, but it’s really great to now be able to do this among friends in my own country.”

In terms of the board program, some time was spent reviewing the past few years’ accomplishments, particularly regarding the Crew Change Crisis, vaccination, and shore leave in COVID-19. As Lahay noted, “our Minister of Transportation promised to the UN that Canada would be a ‘green highway’ for seafarers to get home during COVID, but it was the work of this committee that made it so.”

Everyone around the table could testify to the hard logistical work that went into getting seafarers the visas and transportation needed to go home, to a new contract, or to get vaccinated. The relentless work of Bonnie Gee (BC Chamber of Shipping) in registering thousands of seafarers into the Canadian health system was roundly applauded. Lanna Hodgson (International Shipowners Alliance of Canada) reminded the board that it should not forget what it had learned over the pandemic, and encouraged the development of a playbook of best practices and steps to use for any similar future crisis.

ITF inspectors and ship welfare visitors alike talked about the impact of a recent Ship Safety Bulletin on shore leave. “I show the captain this SSB and tell him shore leave is a deficiency he can get marked down for, and he tells me that his crew gets shore leave,” Karl Risser (ITF, Atlantic Canada) related, “then the crew is rushing down the gangway, they’re smiling, and they tell me this is the first time they’ve gotten shore leave.”

The Board then turned to planning for 2023, proceeding from a foundational debrief on the gap analysis of seafarers’ welfare capacity in Canada by Jason Zuidema. Debbie Murray then facilitated a discussion of issues and priorities and restated her desire to have the board proactively address the systemic capacity gaps identified in the study and any new issues that the Board wanted to identify for consideration, with a final determination at the December 2022 board meeting.

The conference, held after the board meeting, opened participation to those beyond the board to include those interested from industry and government.  Debbie Murray, moderator, welcomed the 45 participants and spoke to the conference objectives of seafarers’ welfare profile-raising, sharing best practices and building relationships.  She noted that “the last few years have been tough and challenges remain.  It is clear that seafarers are key to the supply chains getting so much attention, which is a connection we can use as leverage to improve seafarers’ welfare in Canada.  It is important to gather and dialogue on how to enhance and improve this key element of our supply chains and our individual and domestic health and wealth.”

A highlight of the program was guest of honour Elisabeth Bertrand (retired, Transport Canada) who was one of the key people with Peter Lahay and Jason Zuidema behind the NSWB’s foundation. She described the joy of having the board gathered in person after several years only online. Her discussion of how the board was founded was also enlightening as an example for other countries: “I saw that many countries were ahead of us in seafarers’ welfare boards, so I decided to do something about it. The first person I contacted was my contact in the Department of Labour, Heather Calder, and then I talked to my colleagues at CMAC, and then things started to come together. The industry can’t talk about recruiting seafarers and retaining them, after all, unless it also talks about their welfare.”

Now enjoying retirement, Bertrand says she intends to use her freedom to visit seafarers’ centres all over the country. “So many of us on land don’t understand the connection between shopping and shipping, or how seafarers are the backbone of everything we do – as far as I am concerned, they should get the red carpet treatment in every port they arrive in.”

The report that Zuidema and Shan discussed, which has been published in abridged form as ‘Port-Based Welfare Services in Canada: Resources and Gaps’ by Marine Policy, had a number of significant findings. One, the fruit of a rather gruelling informal census of Canadian ports, was a list of major ports that lack welfare services like St. John’s, NL and Sept-Îles, QC.  Many ‘Occasional Use Marine Facilities’ (OUMFs), which do not need constant services but may be very busy a few days a year.

There was also some good news on this front: partly in response to the reports’ findings, there are now plans to begin some sort of seafarers’ service in St. John’s, NL. When asked about the standard to which seafarers’ centres should be held, Zuidema stressed that the most important thing is not the centre but the service provided: “A few people with a van could do much more in St. John’s than a giant centre without them.”

Shan’s presentation on seafarer mental health compared Canadian domestic seafarers with the population as a whole found more than double the rates of anxiety and depression symptoms. Seafarers’ self-reported mental health, however, did not reflect these symptoms, perhaps suggesting a stigma or resignation. 85% of seafarers likewise reported satisfaction with mental health services, even though only half of those who reported seeking them out reported actually receiving them. Shan noted the importance of going beyond suicide in thinking about seafarer mental health: ‘Late-stage cancer is obviously bad, but we understand that cancer is already a problem in the early stages. We have to think the same way about depression and anxiety, not waiting for things to get to the point of suicidality before we start worrying about them.’

Karen Kancens (Shipping Federation of Canada) reported on the role of shipping and gave thoughts on future priorities, supporting the call for a proactive approach. She talked about the importance of including the welfare of seafarers alongside shore-based workers in articulations of corporate social responsibility and sustainability, stronger enforcement of the MLC, 2006 by port-state control, and praised the ‘roll up your sleeves and get it done’ attitude of seafarers’ ministries.

A shared emphasis of both the gap analysis and Kancens’ call to action was stable sources of funding. Zuidema noted that many comparable countries like France and New Zealand had already established some sort of support system, like government funding or port levies. Kancens echoed this point, and grounded it in economic realities: “It can’t depend on voluntarism or charity alone if it is to be sustainable. Both governments and shipowners benefit from happy and healthy seafarers serving Canadian ports, and should shoulder some responsibility for funding.”

Lahay, Hodgson, and Dileep Athaide (Stella Maris Canada) presented on the successes of the Vancouver regional SWB, the first of its kind in Canada. Like the CSWB itself, this board emerged out of a number of factors, including alignment of values, awareness of the impacts of COVID-19 on seafarers, and a realization that no stakeholder could effect change on their own. The coordinated response to these issues in the Vancouver region included thousands of vaccinations, wifi units being provided free of charge by the harbourmaster, and unlikely partnerships with companies like Ceres all the way across the country.

Both the MLC, 2006 (B4.4.3) and the CSWB have called for the foundation of regional welfare boards, although Vancouver is the only that meets regularly. The presenters had lots of advice about responding to that call. Athaide admitted that he had initially not been sure whether a welfare board would be worth his time and resources, but that it had paid significant dividends for his ministry; Hodgson noted that part of their success was in regular conversation and in keeping bureaucracy to a minimum. She also had advice for those who were considering starting a welfare board: “Form it now. Don’t undervalue it.”

On the first day of CMAC, Tuesday, November 8, the CNSWB held its first meeting of the Standing Working Group on Seafarers Welfare, which TC notably supported adding to the CMAC agenda. This was an opportunity to talk about seafarers’ welfare to a larger audience and connect it to the CMAC event, and time was taken to discuss such issues as the ‘ecology’ of seafarers’ welfare, developments in the MLC, 2006, and other issues.

There was a particularly robust discussion of Internet on board, newly added to the MLC, 2006. Stock was taken of the many different ways in which ports and welfare providers get internet to seafarers: mobile beacons, SIM cards, and wifi in ports, e.g. Potential challenges were also noted: the internet is extremely important for seafarers’ ability to contact home, reach out in a crisis, and recreate in the same ways we do on land, but, as with us on land, there is real concern that it could exacerbate the problems of mental health and isolation that are already too common onboard.  Consideration of how welfare workers can support seafarers in these regards will certainly be important as onboard internet becomes more and more common.

In addition to the issues under discussion themselves, the CMAC panel was an excellent opportunity to hear from the industry. Maritime stakeholders from across the country, in person and online, asked questions and shared concerns of their own.  As Lahay had noted the day before, it has not always been the case that shipping, labour, and ministry organisations have seen eye to eye, but through working together in the Canadian NSWB and with CMAC, there is good reason to hope for continued improvement in the welfare of seafarers in Canadian ports. 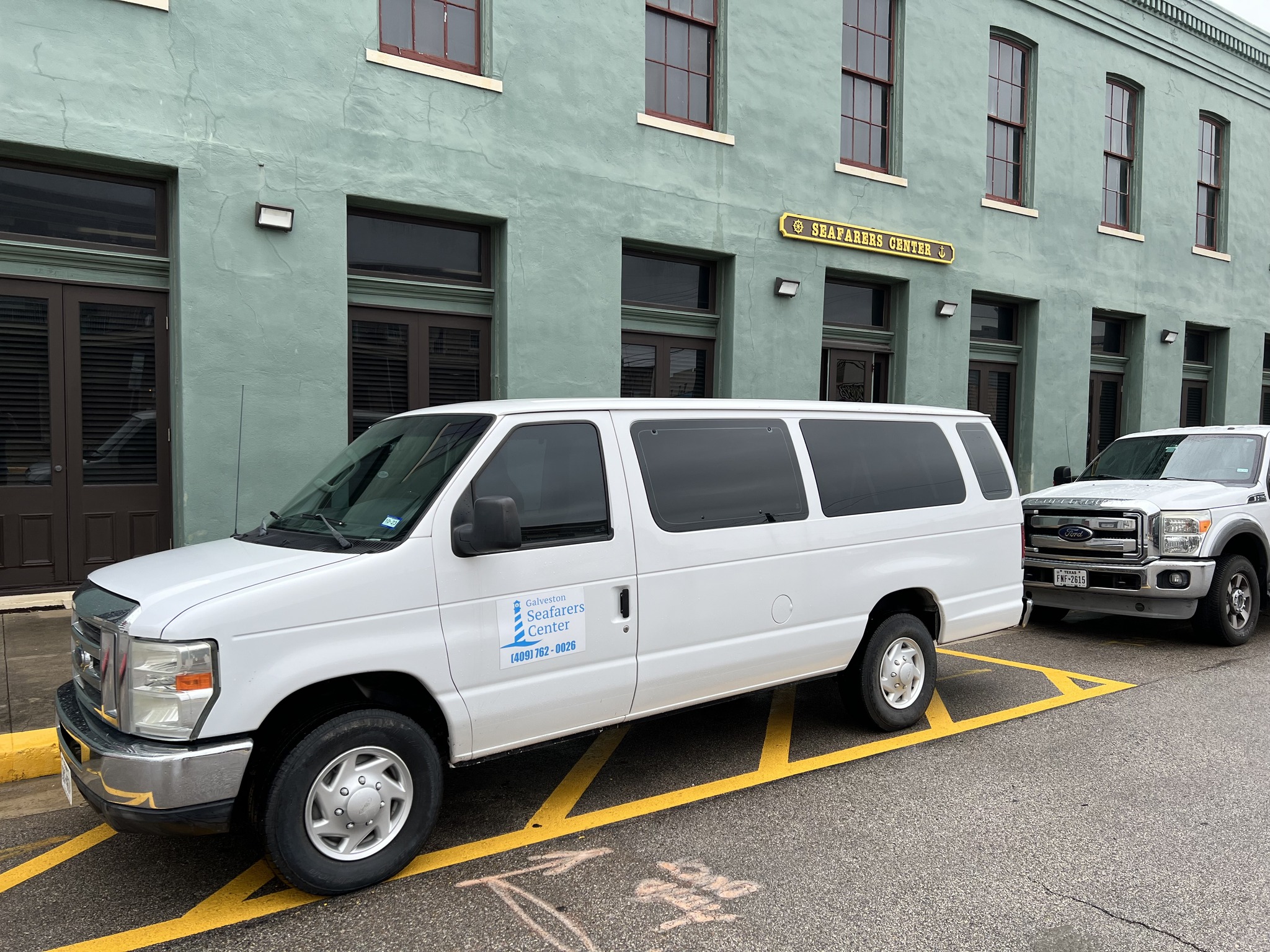 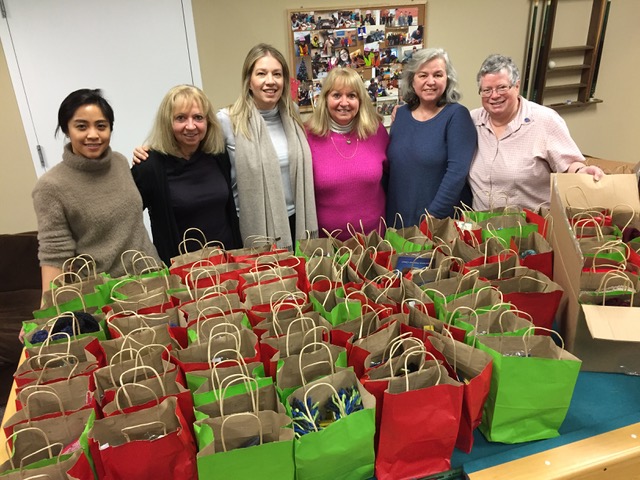