Seeing the Seafarer on the Saguenay

It seems seldom that we hear true stories of sacrificial concern for others, but when a Canadian business man, Paul Tremblay, decided to study English, his eyes were opened to far more than a language class. A rare but true story began.

The great north has been harvesting its natural resources and trading since the early 1800s when Canadian furs and lumber were plentiful and in demand. Thanks to its marine traffic and deep water, a wide range of goods, include mining products and wood pulp continue as major players in the economics of the Saguenay-Lac-Saint-Jean region and the Port of Saguenay, Quebec. Today, cargo ships journey from the Saint Lawrence River into one of the ten longest fjords in the world importing and exporting globally. The nearly 80 mile stretch connects the ports of the region to a world economy. The large economic benefit to the region should not be realized without at least alluding to the human factor that sparked the interest of Tremblay during his studies in the United States. That is, the 1.6 million people who sacrifice much of their lives to man the ships others financially benefit from: seafarers. They are a global workforce, providing a crucial economic service for the comfort, needs, and profits of others. However, even in port cities, they often live in obscurity.

While Tremblay studied the Bible in Baltimore, Maryland, the practical application component of his course led him to the Chesapeake Seafarers Center.  His introduction to world outreach impressed him and prompted him to respond to the needs of seafarers when he returned to Canada. As was the case in the origination of other seafaring centers around the globe, one man’s vision made a life-changing difference for many living at sea.

From his Quebec home, Tremblay’s view of the ships on the Saguenay waters moved him to invest his personal finances and time in creating a center for international seafarers near the ports of Saguenay and Alfred, according to the current manager at Port Saguenay, Denis Côté. “Tremblay purchased a building near the port and founded the mission in 2000. He actively met seafarers and sought to address any need they had.  Five years later, his effort was followed up by the International Transport Worker’s Federation (ITF) with the provision of a vehicle and additional furnishings for the center.”

By 2009, Tremblay stepped down and Côté stepped up. A bit reluctant about his English, Côté understood the function of the ministry and was open to a professional change. A former graphic designer, he finds serving seafarers personally fulfilling.

“I decided to be challenged,” said Côté. “It was the best decision I took in my life.”

“Serving the international crews of the ships is rewarding. We offer a warm welcome and we receive a warm welcome. You cannot describe it. It’s demanding, but it is important for the seafarers. You know you are doing something important.  It’s a win, win.”

As manager and chaplain of the Saguenay International Seafarer’s Ministry in Quebec, he understands the crew’s needs and challenges. From their building which was formerly a dance bar, repurposed into an independent outreach to seafarers, he and one part-time assistant serve this population of invisible workers as often as possible. Prior to COVID-19, the center was busy. A kitchen, recreational items and internet services were provided. Sleeping accommodations remain available for crew changes but currently are not used. In spite of new restrictions about crew movements due to COVID-19 and tight shore-leave regulations imposed at Port Alfred, one of two major ports, the 65-year-old director remains flexible and available.

Seafarers’ needs are practical and personal. Living at sea most of their working lives means unique concerns. There remains short time spans for chaplains or staff to assess their needs. Conversations and eye-to-eye contact are revealing, but increasingly difficult to come by. Whether transporting to see a medical professional or providing WI-FI or SIM cards for valuable family contact, or a listening ear, directors, chaplains and volunteers are invested globally in caring.

The Saguenay International Seafarer’s Ministry center was historically frequented by about 20 seafarers daily. Because of COVID-19, the center is hardly used at all due to tighter shore leave restrictions, according to Côté. The director finds it distressing for seafarers and difficult to provide services.

National, regional and local socio-economic goals and competitive trade objectives are key to growth in Canada’s shipping industry. Economic goals press ports and shipping companies to increase their efficiency in handling cargo. The shorter the turn-around time increases stress on workers. The well-being of a crew enhances a ship’s function. Conversely, neglect of the same can become counter-productive. Prioritized business objectives can squeeze much needed time off the vessels into narrow confines.

Thankfully, Canada is a signatory of the Maritime Labour Convention, 2006 which addresses seafarers’ rights and labor practices. Both the allowance for rest and shore leave for the benefit of health and well-being of workers are included among other seafarers’ rights. In addition, Transport Canada has implemented guidelines which demonstrate concern for the wellbeing of marine workers and response to the containment of the COVID-19 virus. These address the movement of seafarers while in the port with COVID-19 health guidelines to be observed. The defining of other discretionary needs beyond that is left to the Master.

As Canadian industries continue accessing global markets through ports such as these, may they see what Tremblay came to understand, that seafarers matter too. 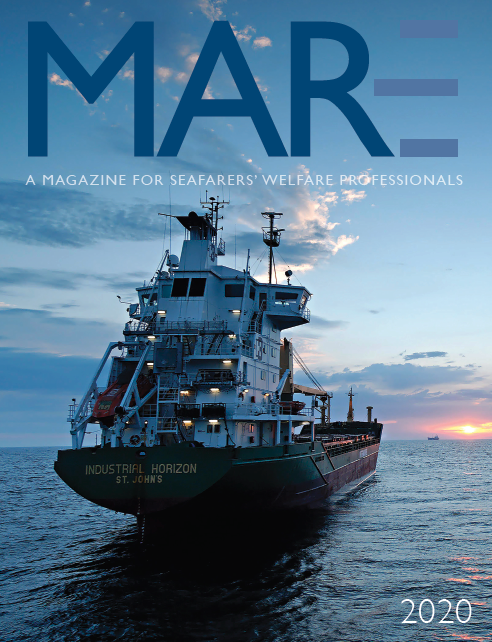 Protected: The MARE Report: A Magazine for Seafarers’ Welfare Professionals 2020 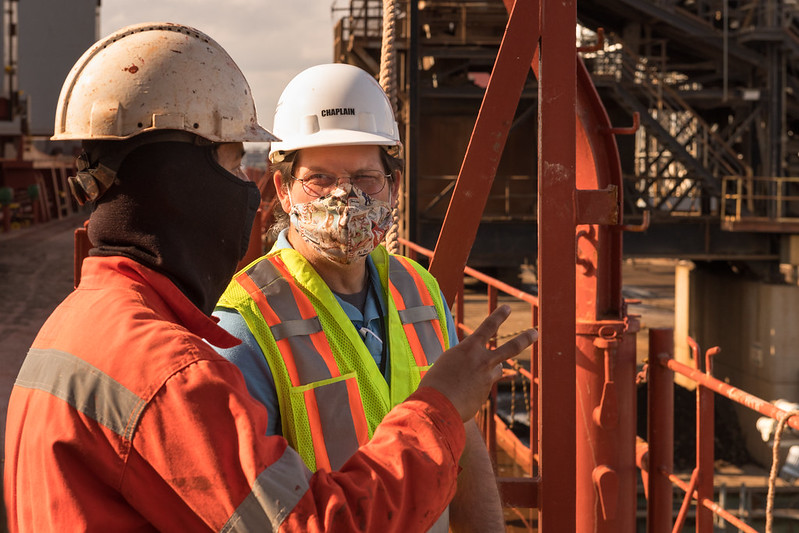 Will Fundraising Be Even More Difficult? A Vantage Point for 2021 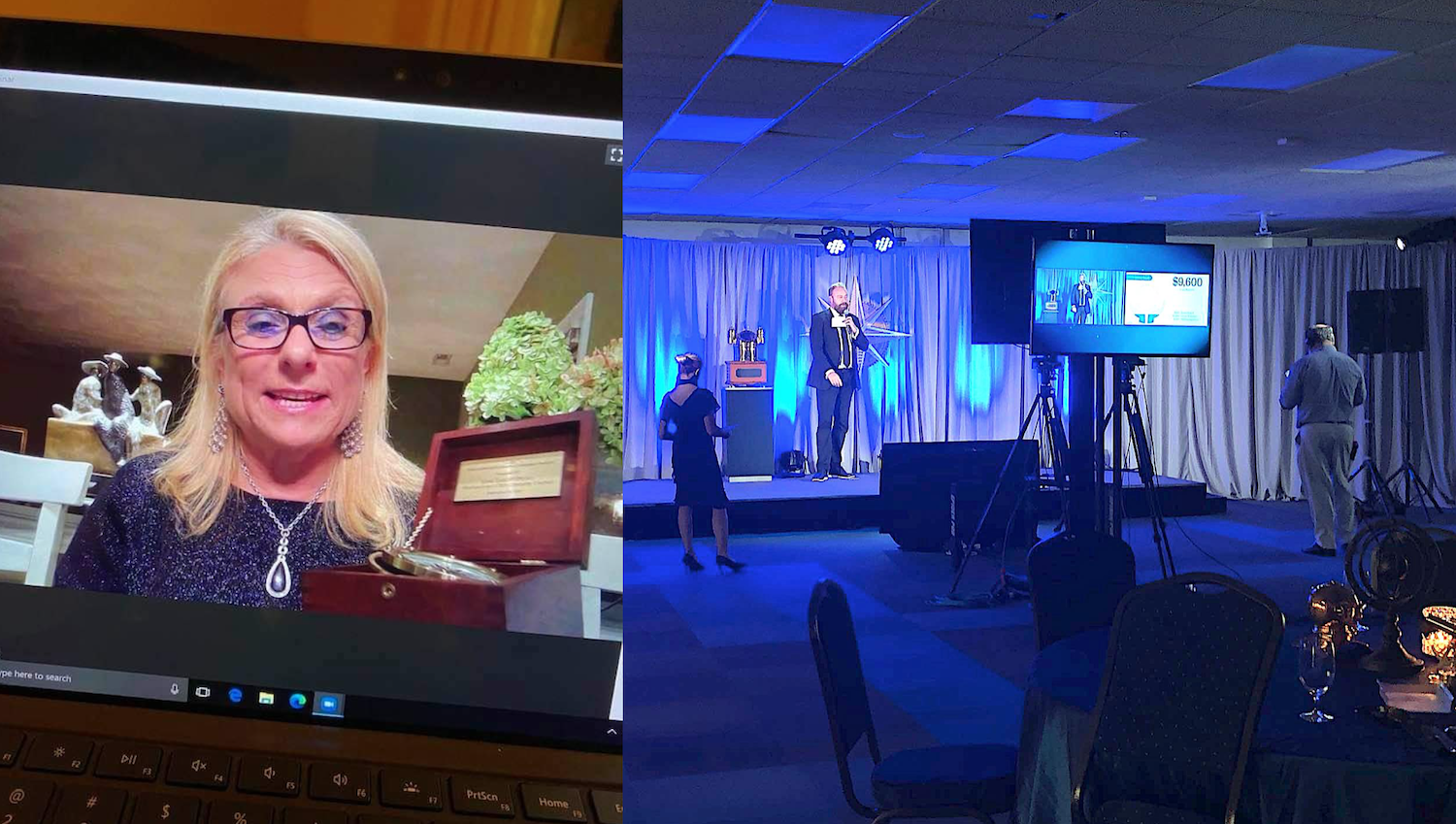 Fundraising for seafarers’ welfare during COVID-19