The Importance of Partnerships for Seafarers Wellbeing 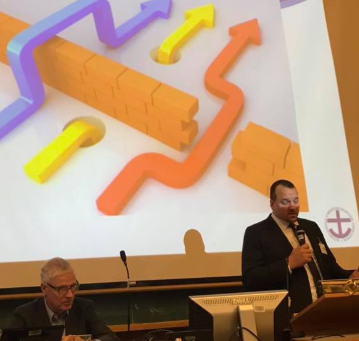 In early 1963, former seafarer and businessman Albert Liedts told members of the Houston Propeller Club that the Port of Houston was seen by seafarers as “the worst Port in the world.”  He had been a seafarer since age 16, and later a Chief Officer, so he knew what the seaman’s life was like and how difficult it could be.  After immigrating to America from Belgium in 1949, he settled in Houston and was now witnessing rapid growth in the port, having established his own port transport business in 1958.  He believed that Houston was a great port but lamented the absence of a seafarers’ center like he had seen elsewhere to care for the personal needs of seafarers, a safe place to go when not aboard. He tried to do his part: at Christmas time for a number of years, he and others would take cases of beer and magazines to the ships.  He also gathered together a group of other like-minded businessmen around him to kickstart a project, but it was too much work for a group that already had too much on the go – the project for a new seafarers’ center stalled.

The Port was on Houston’s East end – viewed as a rough and undesirable place to live for the wealthier Houstonians.  In fact, it was because of the poverty of the area that various individuals from local churches started to work together to address the basic needs of the marginalized in the community. The Rev. Taft Lyon, a Presbyterian; the Rev. Sam Duree, a Methodist; and Fr. Rivers Patout, a Catholic, all had a passion for social service through the churches they served. They formally organized in 1967 by creating a multi-denominational group – a partnership not common in those days – to build social service programs.  The group was called T.E.E.M (The East End Ministry) and worked ecumenically to run camps, sewing classes, clothing closets, and other programs for those in need.

After starting T.E.E.M., Lyon, Duree, and Patout all began to realize that there were ships docked along the Houston ship channel and that seamen from all over the world worked on those ships.  Of them only Lyon, a former seaman, knew how big a challenge this presented. His interest in seafarers grew over time, but slowly, as he knew it would be a major undertaking to start a formal ministry with church power alone.

It was only after five years of ministry in the city of Houston and a chance personal connection with a Dutch seaman visiting the port that Lyon’s attention was refocused on seafarers’ needs.  He helped lead an amazing coalition with Presbyterians, Catholics, Lutherans, Episcopalians, Baptists and Methodists to form a seafarers’ ministry committee that was willing to provide the people-power that the business community and Liedts lacked.  With the business community finding land and critical funding for a building, and the church communities willing to donate time and organized ship visiting, the project finally took off. A temporary location was opened almost immediately, and a permanent, state-of-the-art seafarers’ center was opened in January 1973.

This story from Houston exemplifies a problem faced by so many in seafarers’ welfare: if one tries to do this work alone, the tendency will be to fail. In the 1960s in Houston, neither the business community nor the individual church communities were up to the full task alone.  Individuals were doing small acts of kindness, but none could really support the major task of taking care of port-based seafarers’ welfare.

This same problem is played out in hundreds of ports around the world.  Organizations in some pots have overcome the problem, but many other ports remain underserved.  The results are painfully clear – where industry, government, seamen’s services, unions, and voluntary associations aren’t rowing in the same direction, the results are less effective or nonexistent, and seafarers need to fend for themselves for shore leave.

But solutions are not as easy as mentioning partnerships.  Partnerships are tough. They often mean compromise and thinking in very different ways. No doubt, there are lots of cases of individuals and groups simply not wanting or having the time to work together.  It takes energy to get to know each other and put together a project. Yet, it is a question of geography, politics, and history.  The challenge in many places is not that we do not want to work together, it is that there are significant barriers to our organizations working together.  We might have overlapping visions and many points of mission in common, but these trivial-seeming barriers remain legally or practically insurmountable.

This is especially the case with funding structures.  Voluntary organizations receive funding from national or local government agencies, foundations, or partner groups, and that funding must be used for specific projects and in specific ways.  Obviously, no money, no mission. This money is the source of our health, but also the reason that we cannot always form the kinds of partnerships that we wish.  We might dream of new partnerships with other organizations, but due to the realities of where our funding comes from, it might prove very difficult.  For example, a certain foundation might have lots of money and a willingness to give, but if their principles dictate that they can only give to organizations in one country or one port or a certain type of organization, it creates an immediate challenge. If our main funding comes from our national government or from a foundation with strict limitations on how money can be used, thinking of new partnerships will simply seem not possible. Is the value of partnerships really worth the cost of trying to figure out how to make things work?

But, partnerships – especially ones that at first view are not supposed to be possible – are the unsung hero in the history of seafarers’ welfare.  Very little durable work has occurred in the voluntary sector without significant, and sometimes unexpected partnerships.  Industry and labour associations help focus the power of many different companies or unions.  The same is true in the voluntary sector.  A number of associations and organizations are here present.  In many ways the organizations that I work for, NAMMA and ICMA, are not one thing, but a visible representation of partnerships.  In 1932 for NAMMA and 1969 for ICMA, various groups decided to make a durable partnership to leverage their collective voice for the benefit of seafarers. But it is not just on the macro level.  Like in Houston, most seafarers’ centers are not one thing, but actually a continuing partnership.  If you look more closely at local groups around the world, they are actually complex, sometimes fragile networks of people and organizations trying to work together in common cause.

Partnerships for seafarers’ welfare exist in so many different forms.  Some share all burdens of management and finances while others are voluntary in nature.  And the need before us today is to continue to be creative in our partnerships.  We are friends here today, but should we scratch the surface we might see many walls that keep us apart. We might not want them, but they exist.  Some of those points of separation are probably insurmountable – limitations in our founding documents or restrictions on our funds that make working together impossible.  However, there are lots of walls that have been erected only by our lack of imagination.

In Houston, the key value was that each group could do for the other what they could not do alone.  That is the case in this room as well.  Many of us have resources that we alone cannot use properly.  Perhaps there are projects waiting to be completed only if we worked together. So, I ask today: turn to those sitting beside you and learn about their plans and programs.  Perhaps you are the answer someone has been looking for. The benefit is not only for you or me, but for the seafarers that we serve. 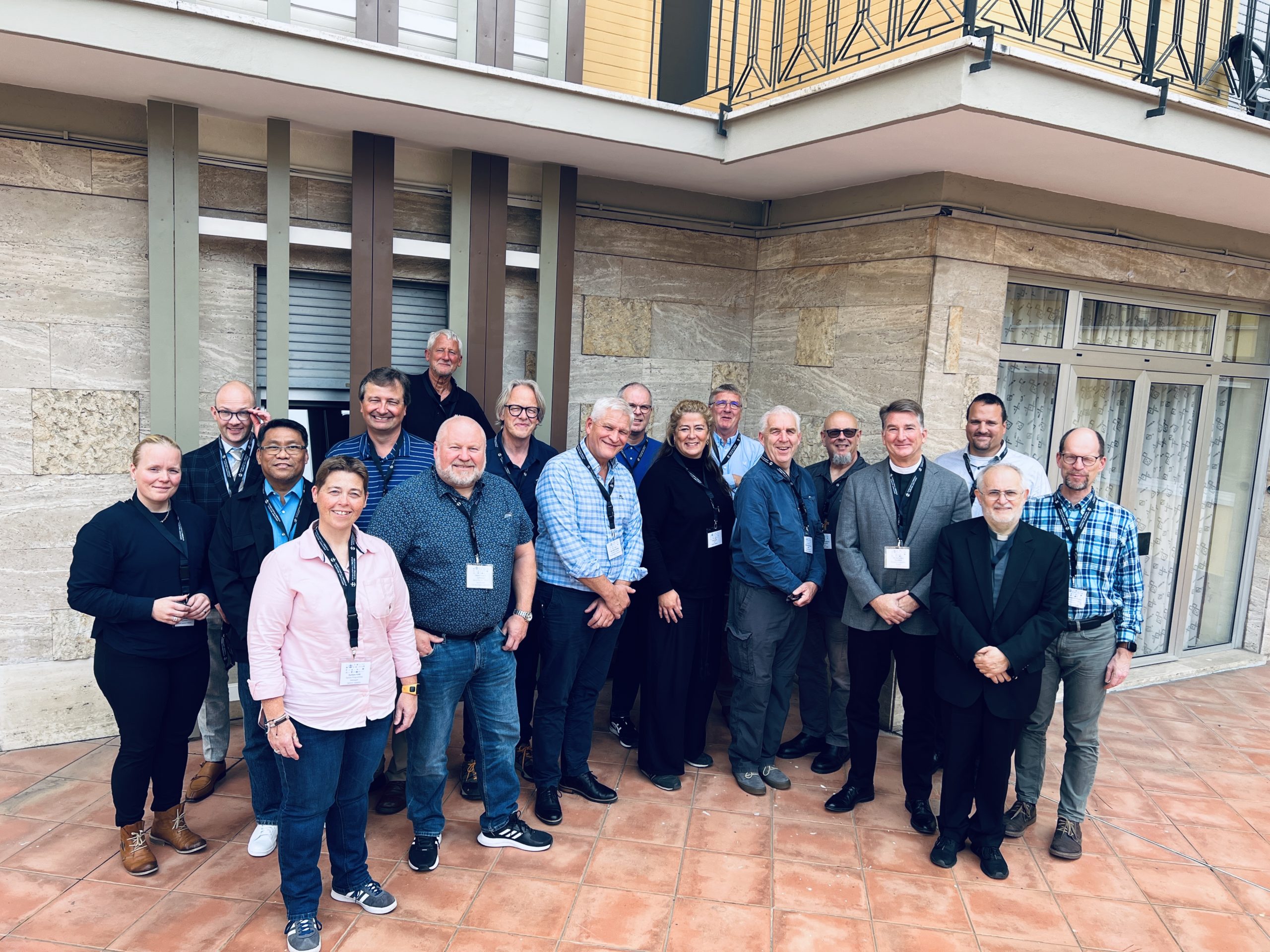 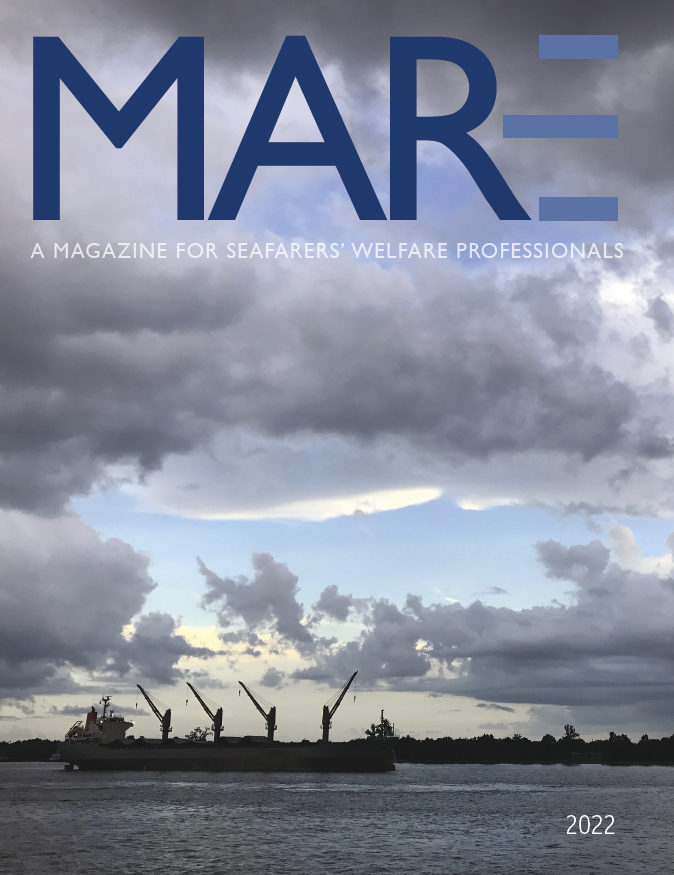 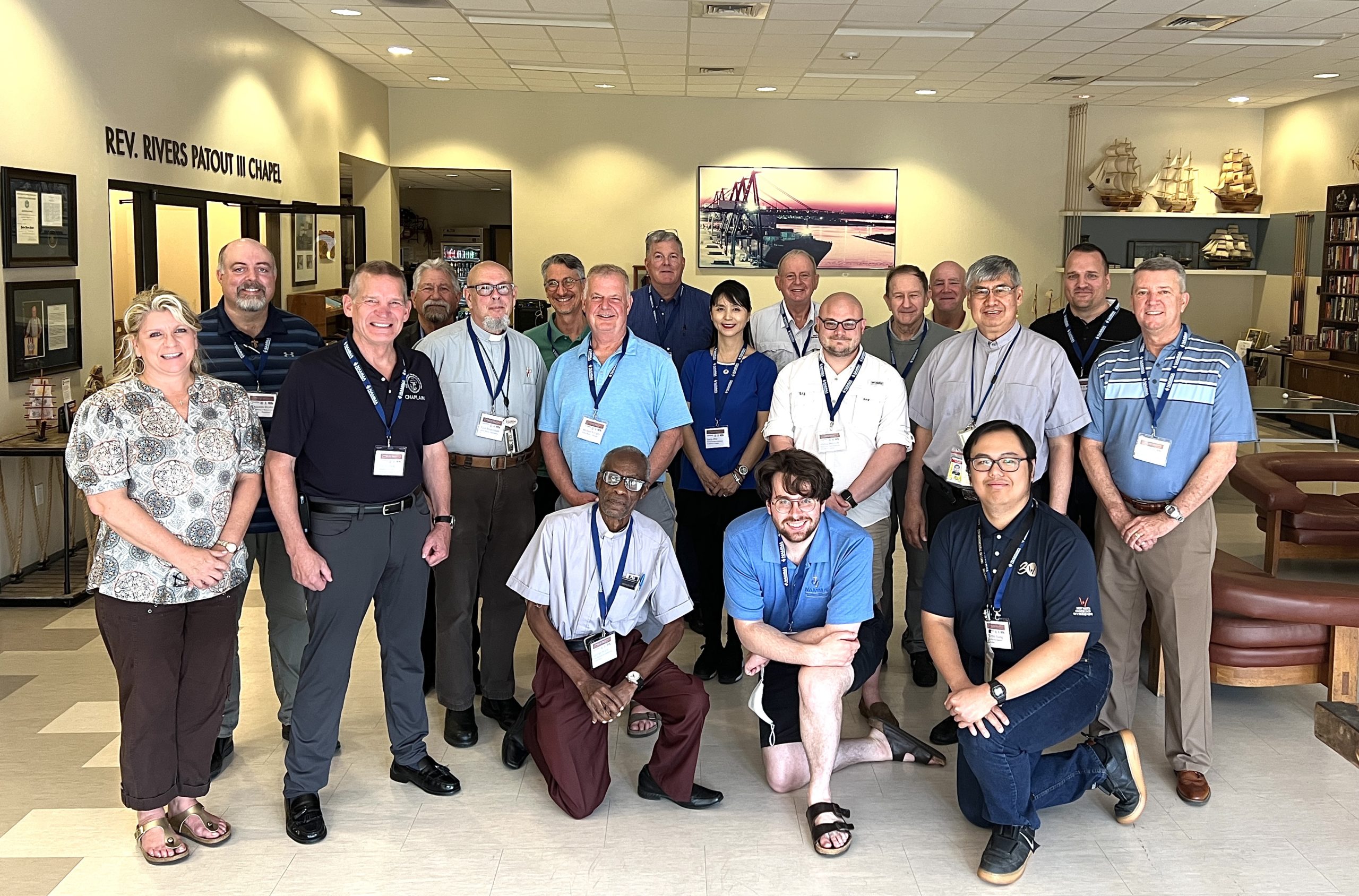