Based on a series of articles for the New York Times on crime and vulnerability at sea, Ian Urbina’s new book is a must-read for all those interested in the injustices seafarers and fishers can face. Much of the book focuses on seafarers and fishers, with a few essays also focusing on some of the other individuals who test the flexibility of law at sea.

Any one of the 15 chapters makes for fascinating reading on its own, but it is when they are taken together as a whole book that the size of the problem comes through with real clarity.  As Urbina writes, “For all its breathtaking beauty, the ocean is also a dystopian place, home to dark inhumanities.” (xii) The inhumanities covered in the book are wide-ranging: debt bondage, poaching, abandonment, piracy, human trafficking, violence, rafting stowaways, and general disregard for laws.  Summarizing it all, Urbina says he is most impressed by how “woefully unprotected” the ocean is and by “the mayhem and misery often faced by those who work these waters.”(xvi)

Urbina shows the connections between maritime crime and the phenomenon, familiar to many of us, of ‘sea-blindness’: though 90% of goods are transported by sea, 56 million people work globally as fishers, and 1.6 million as seafarers, “for most of us, the sea is simply a place we fly over, a broad canvas of darker and lighter blues.” (xiii) Not seeing the true realities of work on the water has made it easy for us to leave it a very vulnerable place. As Urbina puts it, “while the sea was an escape for some people, it was a prison for others.” (129)

The focus of Urbina’s criticism is not so much on the laws that exist, but their enforcement.  Most countries cannot or do not enforce all the laws in all the maritime spaces they need to protect. Even some of the largest maritime countries allocate precious few resources to this task.

A critic might say that Urbina has put too much focus on bad actors, with little appreciation for the vast majority of solid, law-abiding companies, individuals, and government agencies.  There might be some merit in that critique if this was the only book available on the shipping and fishing industries.  It is certainly true that the majority of fishers and seafarers are safe and treated well. But there are already many other books and trade magazines that tout the real merits and improvement in the maritime world, and the stories Urbina tells do not contradict them.

Rather, the purpose of this reporting is to go to the fringes of the industry and uncover the challenges.  And the conclusion is that the so-called “fringe” of the industry is quite a bit more substantial and challenging than anyone might wish to admit.

The balance of reporting in the book is on fishers’ welfare; Urbina notes with appreciation the many other good investigative reports by journalists and academics on this topic in the past number of years. He adds to their voices by pointing to the common driver of misery: we as consumers want lower costs, whether of fish or shipped goods. So long as we consider cheapest best, we will encourage bad actors to find cost-cutting measures, and these cuts will usually come at the expense of crew health and welfare.  Urbina usefully explores the so-called ‘tragedy of the commons’:  the idea that we naturally abuse communal resources to maximize our individual gain.  He suggests that governments fail to cooperate in protecting workers because we all have an assumption that someone else is taking care of it. (199) If, as Urbina says, the high seas belong to ‘everyone and no one’, it is all too easy to forget our responsibility for them. The outlaw ocean is not someone else’s problem – it is mine, and it is yours.

I appreciated the thanks Urbina gives in the book to seafarers’ and fishers’ welfare agencies. He relied on a number of non-profit groups to help him get close to the action he reported on and teach him about special cases.  The story of how one fisher’s freedom was bought by the Catholic charity Stella Maris in Thailand (chapter 10) is moving and worth reading again.

For those involved in maritime ministry among seafarers and fishers, Urbina’s book is important for two reasons: first, it gives depth and breadth to the issues that we may have seen only one side of in our local settings.  Hearing more stories and more detail about the challenges that are faced by seafarers and fishers around the world should redouble our efforts to be at their service.  Second, it should help us break the grip of the ‘tragedy of the commons’.  Seafarers’ and fishers ministries are tangible proof that we can be responsible.  We do not need to simply stand by and assume others are taking care of these issues. We have a direct opportunity to care for those who are in peril on the sea, and it is on each of us to take advantage of it.

Order a copy of the book here: http://namma.org/memeber-resources/bookstore/ 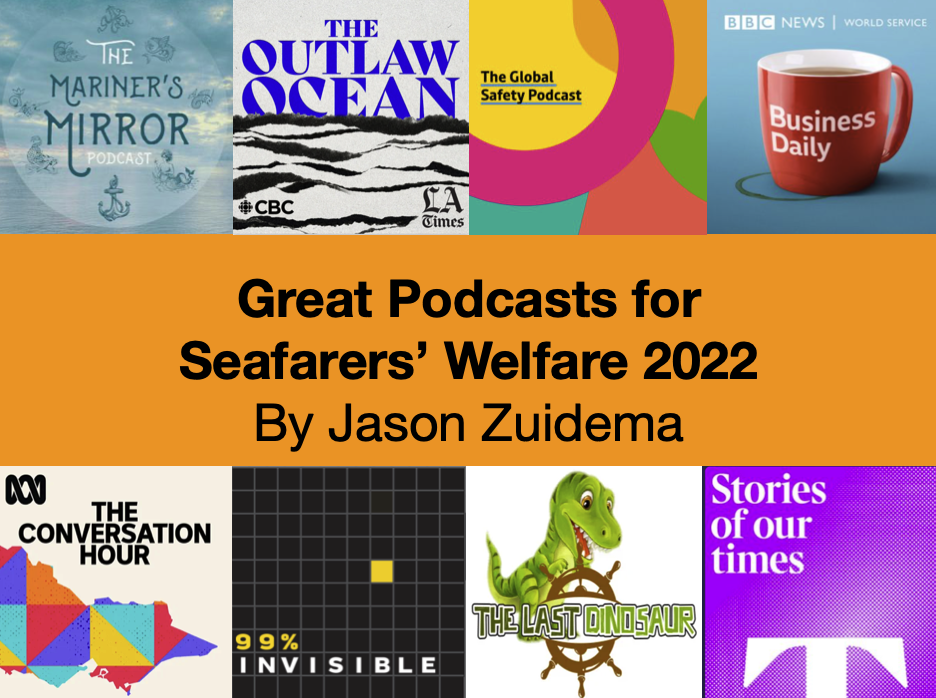