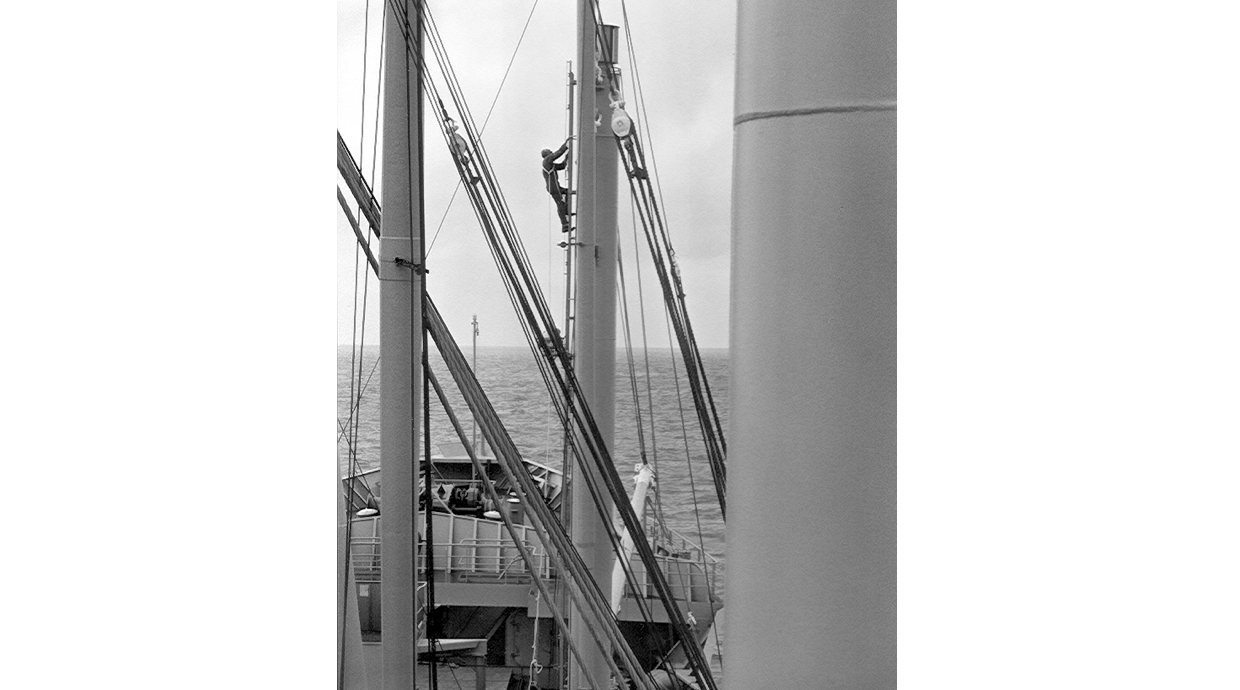 An article written by William Langewiesche for the New York Times recently caught my attention – the article was titled “What really brought down the Boeing 737 Max.” Langewiesche wrote about the question of airmanship. In his detailed analysis of the two crashes that subsequently grounded the global 737 Max fleet, Langewiesche presents a view that the pilots lacked the essential quality of airmanship. Langewiesche is a writer at large for the New York Times and a former national correspondent for The Atlantic magazine. He has a background in aviation as a pilot before turning his focus to journalism.

When I read the article published on September 18, 2019, in the New York Times, I confess that the term airmanship was new to me. However, as I read Langewiesche’s definition, I recognized that airmanship is a very close cousin to seamanship the essential ingredient of the maritime industry.

“Airmanship is an anachronistic word, but it is applied without prejudice to women as well as men. Its full meaning is difficult to convey, it includes a visual sense of navigation, an operational understanding of weather and weather information, the ability to form mental maps of traffic flows, fluency in the nuance of radio communication and, especially, a deep appreciation for the interplay between energy, inertia, and wings. Airplanes are living things. The best pilots do not sit in cockpits so much as strap them on.”

We can easily identify and interpolate Langewiesche’s definition of airmanship to our maritime seamanship.

In my recent book Eight Down, I focused on the loss of eight ships over 42 years, starting with the Edmund Fitzgerald in 1975 to the Stellar Daisy in 2017. I wrote about the Swiss Cheese Model of accident causation developed by Professor James Reason. I considered the role of mindfulness in both individuals and the collective and how that played a part in the loss of the eight. In my book, I touched briefly on the Boeing 737 Max issue as the story was unfolding in early 2019; clearly, there were actions of both individual and collective mindfulness that allowed the failure condition which led to the tragic crash of both the Lion Air and Ethiopian 737’s.

Seamanship is both the application of common sense and the spatial awareness that comes from the ability to process multiple streams of data and rapidly make sense of it all. I learned the common-sense rule fifty years ago from a Royal Navy quartermaster during my week at the London School of Seamanship then based at St Katharine’s Dock. Those of us who will have passed through that esteemed training establishment will remember vividly the metaphor he used to explain common-sense.

During my research for Eight Down, I observed that there were numerous instances when the practice of seamanship was in short supply. The Edmund Fitzgerald’s hatch covers were not adequately secured. The Marine Electric was unseaworthy with perforated hatch covers. The Herald of Free Enterprise sailed with her bow doors open. The Sewol was in a known unstable condition. The El Faro was unseaworthy sailing into the path of a hurricane. The Derbyshire, Estonia, and Stellar Daisy all had latent defects that were not apparent to those who operated the ships. They were victims of a collective absence of mindfulness by those responsible for their design and construction.

Where are we today on the question of seamanship? Are we moving into an era where like Airbus we will depend on shipbuilders to design and build ships that manage themselves? Or are we dependent on the Boeing approach that relies on airmanship to override and apply manual skills?

While future newbuilding design from shipowners may deliver the autonomous ship of the 21st century, will the shipyards have the capability to build a ship that can withstand the maritime environment? When we compare shipbuilding to the engineering capability of aircraft builders like Airbus and Boeing. We must ask if the maritime industry has reached the level of sophistication and the willingness to commit the capital to pull it off. The 737 Max story has pulled back the curtain to reveal serious problems in the Boeing MCAS software and the training required to understand how to use the system. Langewiesche put it this way; the pilots were; “weak in an essential quality known as airmanship.” Langewiesche illustrates that there is a fundamental difference between how Boeing and Airbus designed their planes. The founding father of Airbus, Bernard Ziegler, the French engineer and former military pilot chose the fly-by-wire approach. His view was as follows; “90% of pilots believed they could extract maximum performance from an airplane during emergency pull-ups away from the ground, but that only 10% actually could.” The Airbus solution was to automate the pull-ups and let computers do the job. Conversely, Boeing’s answer was to continue to rely on pilots. Ziegler decided to take on Boeing by creating a robotic airplane that would address the accelerating decline in airmanship and require minimal piloting skills largely by using digital flight controls to reduce pilot workload.

Langewiesche wrote about the challenge of training pilots in Asia, this was well known to Boeing, and in prior years they stepped in to assist China. Boeing found that Chinese pilots were flying by the use of prescriptive checklists with no ability to interpret; they referred to them as “rote pilots.” After introducing a new approach and a rigorous approach to safety, they enabled Chinese pilots to gain the mindfulness of airmanship that has now made China a safe place to travel. The Lion and Ethiopian 737 Max pilots were overwhelmed by the failures of a hidden system that they could not reasonably have been expected to cope with – they had no awareness of the MCAS system – even though all they needed to do was to flip two switches to turn the MCAS off. However, to do that meant that they not only needed to be aware, but they had to act very quickly.

In the airline industry, pilots train and are certified on each aircraft design, this explains why many budget airlines fly only one type of aircraft; this provides the airline with full operational flexibility and simplified maintenance. The Boeing 737 and the Airbus 320 represent the two workhorses of budget airlines like Lion and Ethiopian. In the maritime industry, seafarers must cope with a broad spectrum of shipbuilders and a requirement to cope with a diverse fleet not only in terms of ship type but the evolution of design over the 25-year age range of the 50,000 merchant ships in service at any moment. History tells us that disasters are not always the province of the over-aged or those that fly the flag of the fringe flag-states. Bad things do happen to good ships. In Eight Down, three of the eight sailed under US Flag, two were under the Red Ensign. Neither of the five could be typically be viewed as regulatory-light or sailing with poorly trained crews.

In my shipboard visiting as a chaplain, I step onboard each ship still with the consciousness of a former chief officer. As I observe the way that the gangway is rigged to general husbandry, I form an impression of the ship that I am visiting. I always enjoy my dialog with the crew and the ability to learn about their challenges. I have been struck by their reliance on the accuracy of shore-based information. This was highlighted in the case of the Stellar Daisy having to rely on the shipper’s declaration of the moisture content of the iron ore fines they loaded in Brazil. I have listened to chief officers of container ships tell me that the data on their cargo and stowage is sent from ashore. They are therefore totally reliant on the stability calculations generated by the software. However, that is calculated using the shore data. The recent capsize of the car carrier Golden Ray off the port of Brunswick, Georgia, USA raises the question of whether there is a missing link in the application of seamanship. Transverse stability is such a critical safety issue akin to the trim on a Boeing 737 Max, when the trim is right the airplane wings have a positive lift. In the case of a ship, a positive GM is essential to remaining upright. The case of the Sewol in 2014 and the tragic loss of 250 high school students who were on an overnight field trip is entirely attributable to a lack of transverse stability. The Sewol was a clear case of absent-mindfulness and a total disregard of seamanship; ships must always have a positive GM. In the Boeing 737 Max the loss of positive lift caused the planes to stall and nosedive. A condition that is at the root of airmanship much as a seafarer should be mindful about positive transverse stability; ships cannot behave like ships without a positive GM.

Based on my conversations with seafarers, the quantum of paperwork and ticking of boxes that the seafarer experiences is today more and more prescriptive. The question we have to ask ourselves is: Does this make our ships safe? Langewiesche’s article described Boeing’s observations in China, stating that Chinese pilots were initially trained in an entirely prescriptive method. When the Chinese pilots were confronted by a ‘black swan’ event, they were unable to respond because it was beyond the limit of their script. The inability of the Lion and Ethiopian pilots to deal with the unusual and unexpected seems to be the root cause of the 737 Max incident. The pilots on Lion and Ethiopian were not aware or mindful of the automated trim capability of the Boeing MCAS system. The solution to those pilots who were mindful was simple, switch the MCAS off. So, in those vital minutes as their 737 Max planes were stalling – their lack of airmanship failed them, and as a result, 346 people died.

There are lessons here for the application and importance of seamanship. Seamanship and airmanship are both about the skills to deal with the unexpected. In my seagoing career, I recall numerous times when I was confronted with the unexpected, everything from a stowage problem to extreme weather. Looking back on my training, I remember being asked during the second mate’s oral examination a question about how to rig a jury rudder. I am convinced that the purpose of this line of approach was to force us to be able to think beyond the expected. Being able to cope with the unexpected is the true essence of seamanship. Like air travel, the sea is unpredictable, and no amount of prescription can replace the role of active mindfulness, Long live seamanship.

The opinions expressed herein are the author’s and not necessarily those of The MARE Report. 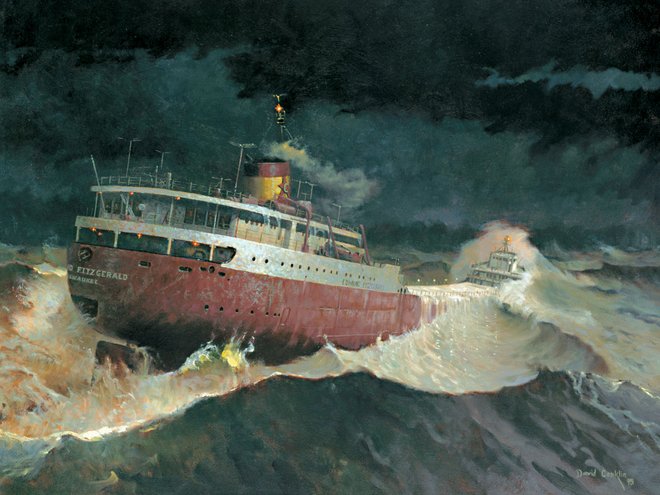